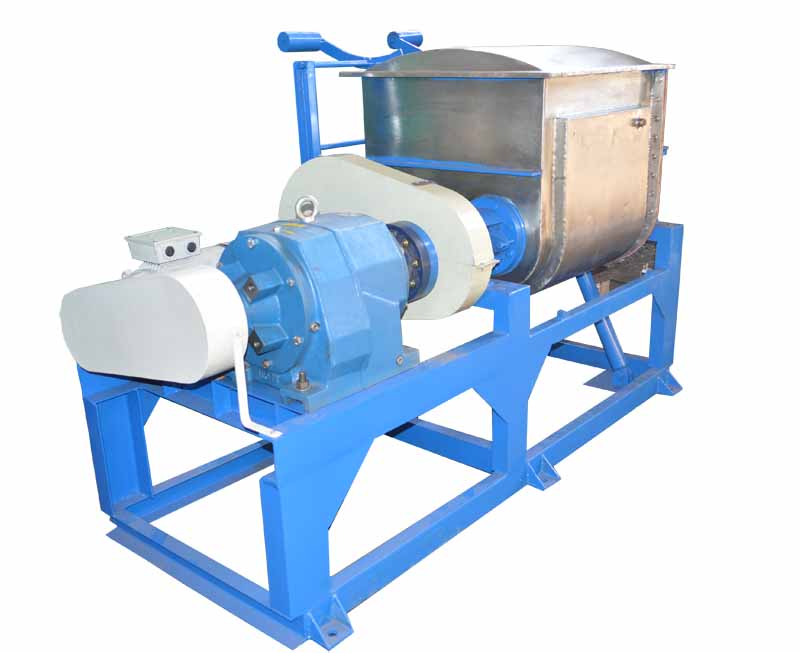 The Sigma Mixtruder / Sigma mixer with extruder screw is used for the mixing-kneading of materials with very high viscosities. The Sigma Mixtruder is able to provide combined functions of compressing, stretching, folding, kneading & mixing, which makes it widely used in the chemical, food, sealing compound and paint industries, among others.

The machine is an efficient sigma type mixer with a screw in the bottom for unloading or extruding the mixed material. During the mixing process, the extrusion screw is driven in a reverse motion by a separate motor. This action of the screw pushes the material into the mixing zone and within reach of the blades, thus assuring a thorough blending of all the ingredients, and, at the same time, reducing the mixing time as compared with a standard sigma type mixer.

For discharging the material, the direction of the screws rotation is forwarded and the mixed material is then unloaded through the extension barrel.

Extremely tough materials such as filled thermosetting resins and bulk moulding compounds, are handled easily with the Sigma Mixtruder, along with scores of other materials.

The main mixing elements and extruder have different drives and as such both can operate independently.

The present capacities range from 25 litres to 2000 litres and can be supplied in various materials of construction viz. carbon steel, stainless steel of all grades, alloy steels, Hastelloy, abrasion resistant steel etc.

The ABSTERkneader mixer extruder is designed for handling viscous materials of magnitude upto 10 million centipoise. This equipment combines the operation of a kneader mixer and an extruder. The material after being mixed is extruded,discharged through a screw located in the low portion of the mixing vessel. A discharge die can be fitted at the outlet of the screw to obtain the product in desired shape and size.

The ABSTER kneader mixer extruderkneader extruder is used for applications such as hot melt adhesives, silicon rubbers, and other such applications that involve mixing of pastes, rubber, and heavy plastic masses. 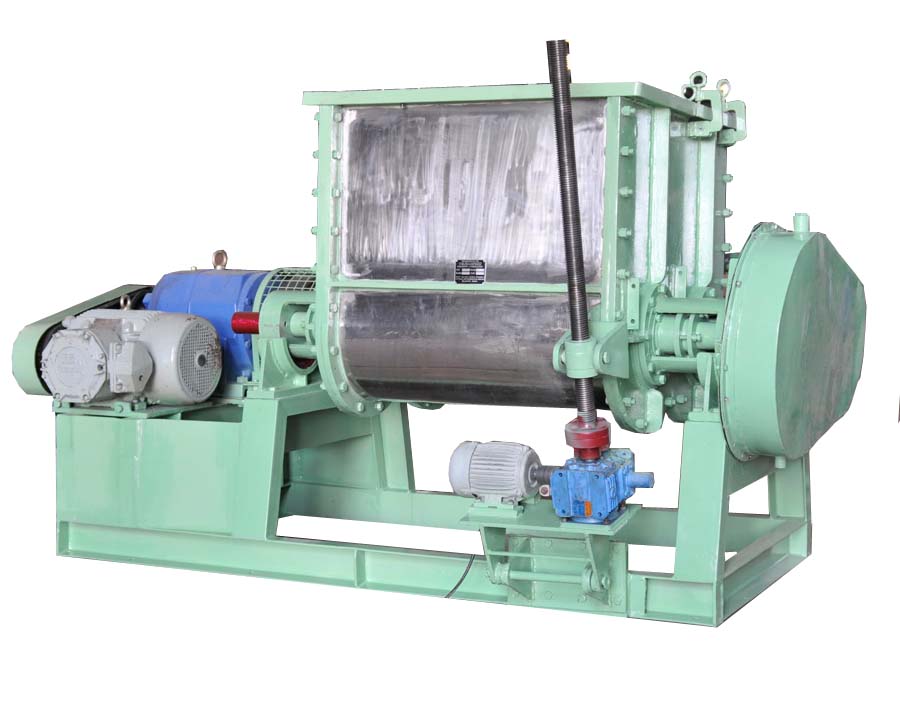 e applications. Ingredients are blended until the consistency is correct. The ingredient is then tipped out of the mixer and forwarded to the next step in the process.
These types of machines are available in M.S. And S.S. construction. The kneader can be tilted by means of a mechanical system or manually and for bigger models beyond 250 Kgs we provided hydraulic tilting.